Ismail Šehić: You get what you give, and I give all

Home|Ismail Šehić: You get what you give, and I give all 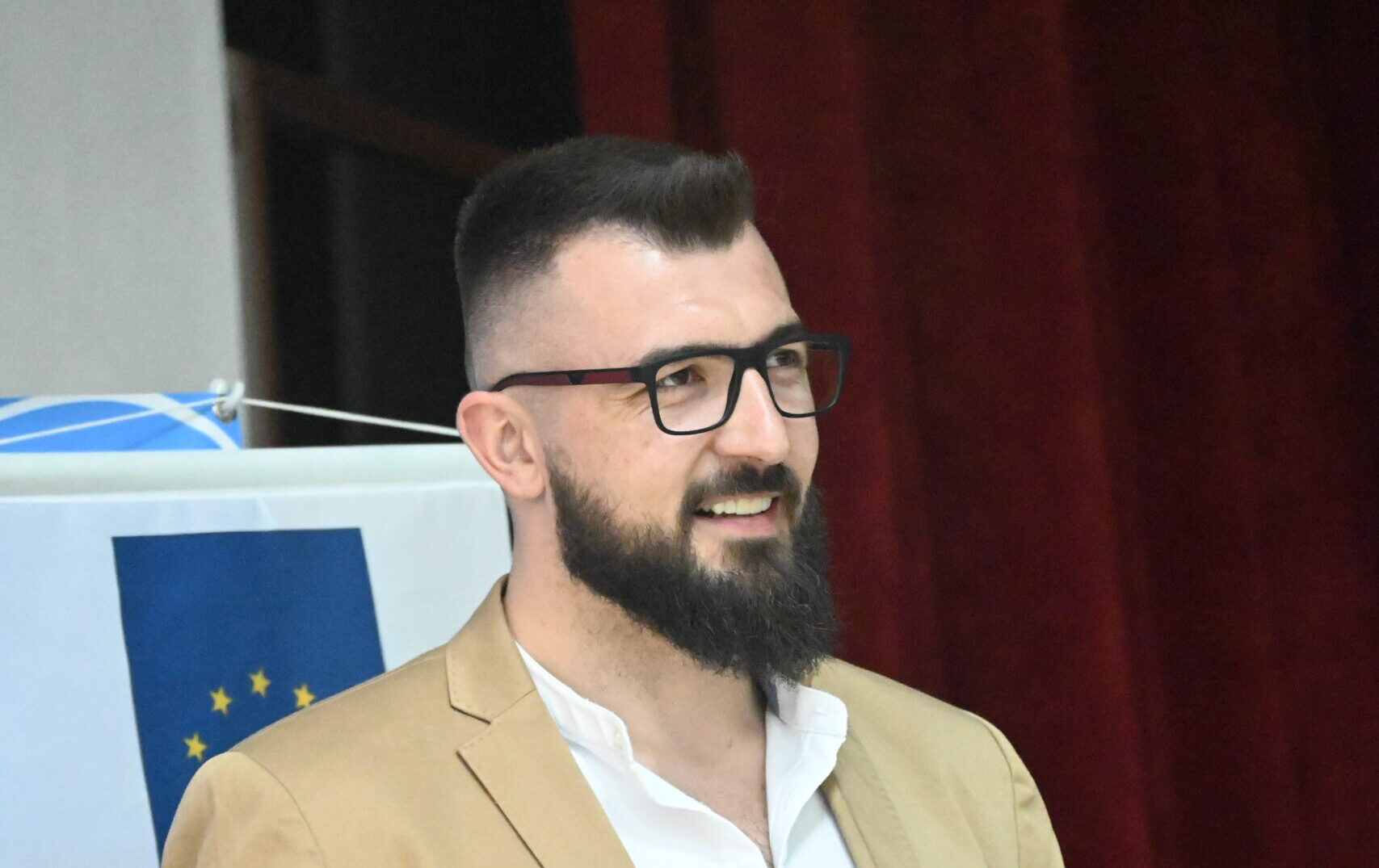 Ismail Šehić: You get what you give, and I give all

From the start, he had the ambition to do something for others. To be the change he wants to see in the world. And then life decided to reciprocate, rewarding him with many successes. This is the BTS story of Storsen Digital about Ismail Šehić, director and founder of the BRAVO (Bosnian Representative Association for Valuable Opportunities) organization. Šehić is also the first BiH winner of a scholarship from the prestigious program of the Chinese Government, but also a recognizable face of youth activism in BiH and beyond.

“I have always wanted to do something that fulfills me. So I started writing projects. And together with two people important to me in life, he registered the BRAVO organization. They are my then-girlfriend, my current wife, and my friend, my current godfather. As the name of the organization says, we wanted to work on opening opportunities to present Valuable Opportunities and offer quality,” says Ismail.

He adds that a large number of young people appear every day who want to be a part of this story. And it is clear why. BRAVO offers everything that BiH lacks. For example, this organization allows young people to travel for free through training and education, career, and employment.

“We want to empower young people and enable them to see the perspective in BiH. To go and learn a lot abroad, but to return full of enthusiasm to their country and be precisely the change they want to see “, emphasizes Ismail.

As they empower young people, the question arises as to who empowers them, given that this organization is doing a job that the state should be doing?

“I want the state to recognize our work, not ask for money. We have never applied for a single state grant or offer. All the money we win over the years comes from European grants. We hope the state will recognize us and give us some opportunities. But so far, that is not the case “, states Šehić.

Because of his successful consulting, advisory, and coaching career, Ismail is in a position to do something that many still would not. And that is a waiver of salary from the BRAVO organization. The founder and director work voluntarily here because, as he states, he wants to motivate all young people who come to the organization that the money that comes goes to them. And to fight for that money because it is their money, not his.

“I try to explain by my example how it is done because I know a lot of NGOs that failed very quickly because they gave themselves some high salaries. It is uncertain in this sector. The number of active projects is never known. Sometimes there are only a few. And today, we have 52 of them. That is why people in BRAVO have much higher bonuses than salaries. All of us directors of some organizations and institutions need to show by our examples how things should work.”

The organization of time is vital in achieving all obligations. Thus, Šehić states that people who have “a million obligations” get everything because they try harder than those who postpone a few of their own.

“I organize my time through different tools: every hour, every day, month, and year. I know where I am and what awaits me from obligations. And my whole team knows that. I don’t go to sleep until I answer all the emails. And I only sleep 5-6 hours because I’m not used to longer. ”

He adds that sacrifices are essential, but his private life does not suffer. The only thing is that his coffee drinks must have a constructive note because he likes to use his time well.

This successful young director had no predisposition to success. He did not have a last name, money, reputation, or someone “who will push him.” But he had an idea and a desire. And that’s why he believes he succeeded.

“Yours is as much as you give from money and information to success. So I shared everything, and everything returned me a hundredfold. So my wish is for society to progress. Not just me individually but all together. That’s why I give myself the maximum and get the same in return.”

However, the road to success is full of setbacks, which Šehić also talks about. He points out that there were many quality and unapproved projects. But he did not give up.

Today, when he is an international coach for the programs of the European Commission and the Council of Europe, he can compare the situation in BiH and the rest of Europe and say:

“As much as someone pays me in the European Commission, no one will ever pay me here just because knowledge is not valued in BiH. But I hope it will be different in the future. ”

Despite the wide range of interests, as well as the radius of movement and action, Ismail is a lover of BiH, so it is not surprising that his message and advice for success: