Lea Perić: I learned more about myself through 2 years of a startup than in 15 years of previous work

Home|Lea Perić: I learned more about myself through 2 years of a startup than in 15 years of previous work 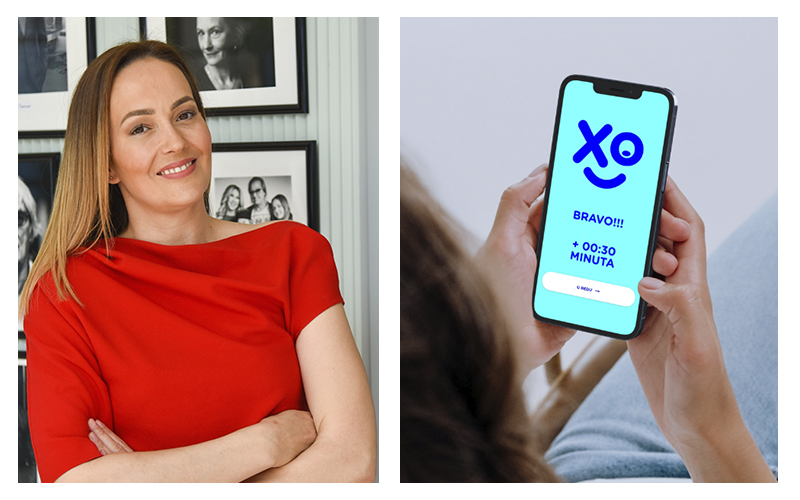 Lea Perić: I learned more about myself through 2 years of a startup than in 15 years of previous work

After more than 15 years of experience in the hotel industry, she took a step forward. She sailed into unexplored startup waters and followed her heart to discover exciting projects and personal inspiration. This is the story of Lea Perić from Dubrovnik, who created the Xoink application, intended for parents and children with the aim of parental protection. And before you think that there must have been some strict IT aunt behind everything, we will convince you otherwise. Without prior knowledge, Lea decided to start this story with the desire to learn from the inside. And this is her BTS story by StorsenDigital.

“3-4 years ago, I had more time on maternity leave. That’s when the idea of ​​Xoink was born. It’s challenging to develop creative ideas at work from 8 to 4, so it’s no surprise that this idea came about when the time was found for it,” Lea tells us.

Upbringing by the mobile phone

She adds that she had a problem with her first child and his time on his cell phone. No meal could be eaten without a mobile phone. Observing her, she realized that she no longer does the upbringing as a parent, but that role is now played by the mobile phone.

“I thought it wouldn’t happen to me, but no matter how much you know about it, eventually, it happens to you. Today, we are the first generation of parents who have to learn this, and primarily we cannot say that technology does not control us. I believe that small children should not be given mobile phones, especially not for feeding, because it happens that children get the associated feeding with a mobile phone over time. We need to manage technology, not the other way around.”

She realized that there are solutions on the market that technically solve the problem. But she focused on the fact that this problem should primarily be made aware. In addition, she wanted to offer something that would be less espionage-minded.

“We combined education and the technical part. I learned from programmers. Money was also a challenge, which probably would never have been had it not been for European funds. Then came the short deadlines. I found the outsourcing company 404 in Croatia, which did the personnel and application development processes,” Lea points out.

Xoink was created as an educational application. The parent can use it to limit the time the child spends on the device or a specific application. If necessary, the child can extend the time by solving a quiz consisting of questions from the material the child studies at school. The material is adapted to the age from the first primary to secondary school. And they created 13 thousand questions. Lea points out that there are serious plans with the application and describes the current feeling with the words:

“There were difficult stages and challenges. We also had difficulties with liquidity, but I won’t change a day when I look back at the bigger picture. I learned more about myself and the startup in two years than in the last 15 years in the hotel industry. And that’s why I believe it was worth it,”; concludes Lea.